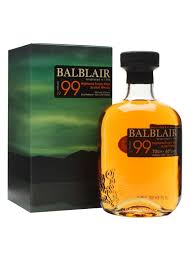 The second release of 1999 vintage Balblair single malt Scotch whisky replaces the 1997 vintage in their core range. The ace Highland whisky was matured in a combination of American ex-bourbon barrels and Spanish ex-Sherry butts from 1999 (the year people love to party like) until 2014.