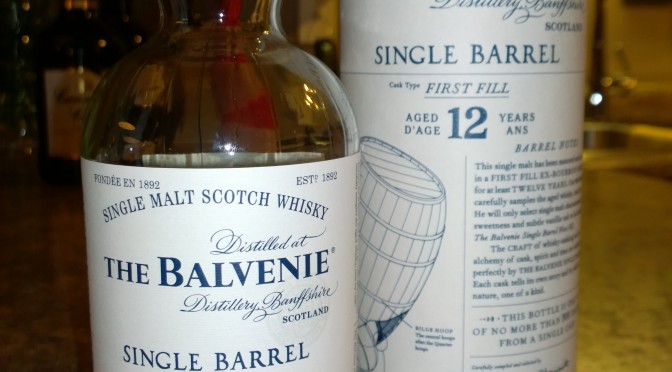 Nose-
It starts off with a shout of pepper, which overwhelms your senses, and then ends on a lighter note with a hint of vanilla. That will make you a glutton for punishment as you go back for a second or third snifter. 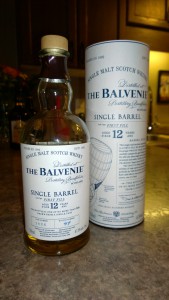 Color-
Having been matured in first-fill bourbon casks gives it that beautiful nectar of the gods honey gold standard.

Palate-
A complex dram, between bourbon cask spice and sweet toffee, that blows up on your tongue. A nice, spicy heat that takes off like a plane.  A flash of lighting comes over your palate, a sweet toffee and creamy caramel. Pass it around like a good buddy.

Final thoughts-
Usually I can take or leave Balvenie. This one has most definitely made an impression on me. The way I rate my scotches is; would I add it to my personal bar? This one I most definitely would. It would be a perfect dessert to have after a big thanksgiving dinner. Don’t forget the pumpkin pie. 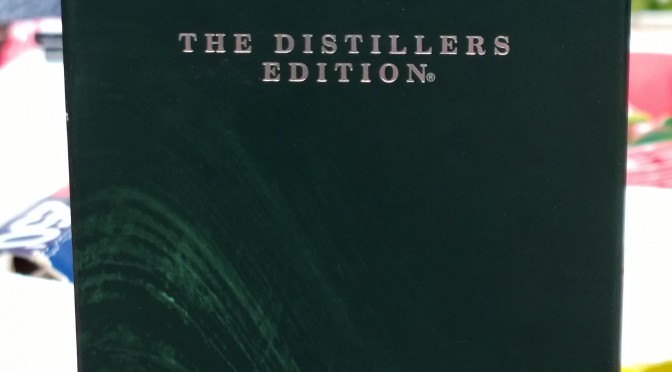 Lagavulin Distillers Edition Single Malt Scotch Whisky is matured for 16 years in traditional, oak casks in the distillery’s warehouses. During its maturation, Iain McArthur, Lagavulin warehouseman, ensures that the whisky matures evenly and consistently (McArthur has been working at the distillery for over four decades). After the whisky has matured in traditional oak casks, it is double-barreled, or finished, in casks that were previously used to mature sherry made from Pedro Ximinez grapes. Once harvested, Pedro Ximinez grapes shrivel up to a raisin-like state, which concentrates the sugars in the grape and results in a sweet wine with legendary viscosity and intensity. This double-maturation process complements the intensely smoky notes of the whisky and adds an additional layer of complexity.

Lagavulin Distillers Edition Single Malt Scotch has an aroma of intense raisins, prunes and smoke. The initial notes are surprisingly sweet, with subtle hints of caramel, vanilla and dates that are balanced by a smoky undertone. The ever-lasting finish has deep, dark notes of red fruits and a round, bold finish. 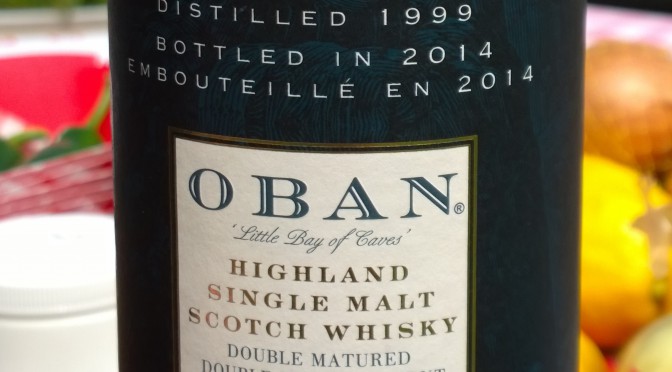 Following distillation, Oban Distillers Edition 2014 Single Malt Whisky is aged for 14 years in oak casks. During this beauty rest, the whisky is touched by its environment and geography. The warm, salty Gulf Stream and mild, temperate climate of Oban are reflected in the whisky. After its initial maturation, the whisky is double-barreled, or finished, in ex-Montilla Fino sherry casks. The sherry casks add notes of dried fruits, particularly cherries and strawberries, to the whisky, and complement its notes of light, peaty smoke.

Oban Distillers Edition Single Malt Whisky has a fruity nose, with hints of grapes, citrus and a touch of smoke. The flavor is full and rich, with complex notes of tangy salt, butterscotch, caramel and toffee, which ultimately lead to a lingering, smoky and sweet finish. Oban is situated at the frontier between the Western Highlands and Islay of Scotland. The whisky has the lighter, sweeter notes of Scotland’s Highlands region, while still possessing the dry, smoky style of Islay.