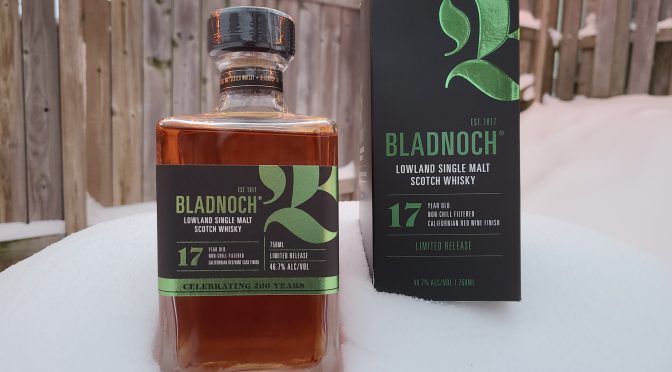 Bottle #3 of our 13-year Anniversary themed event – The Far Flung Regions of Scotland. The Southern Selection:

Officially Scotland’s southernmost distillery and representing the lowlands, Bladnoch 17 was matured in ex-bourbon barrels and finished in California red wine casks for 10 months. Look for dried fruit, cherries, vanilla and oak. An interesting compare to our eastern selection, aged its entire life in red wine casks! Bladnoch is one of Scotland’s largest distilleries to maintain privately owned status. Our 13th anniversary dram was bottled in 2017 to celebrate the distillery’s 200th anniversary. Been around for a while, but a new distillery to the Club! Sourced out-of-province.