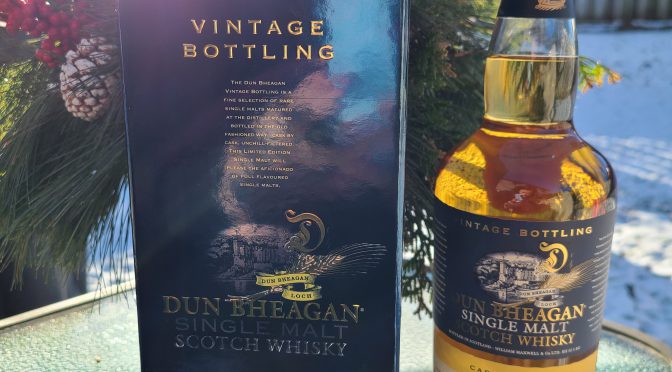 We will update this post after we have sampled the whisky this evening….but I can tell you it smelled fantastic on the pour!!

The Club returned to its roots with this rare Speysider, celebrating our official 200th taster bottle (!) by duplicating the very first distillery we featured way back in 2008. Paired with a smooth Davidoff cigarillo from the Dominican to honour the occasion, this whisky delivered the party feel with hints of the tropics, along with vanilla, chocolate, warm baking spices and a touch of tobacco. This was our first taste from independent bottler La Maison du Whisky, with a great first impression from the lovely artwork on the packaging. This bottle spent 21 years in a refill sherry hogshead. 1428 bottles were released. 58% ABV. Sourced from a private collector. Congratulations ETKW on this extraordinary milestone! 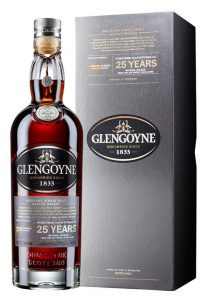 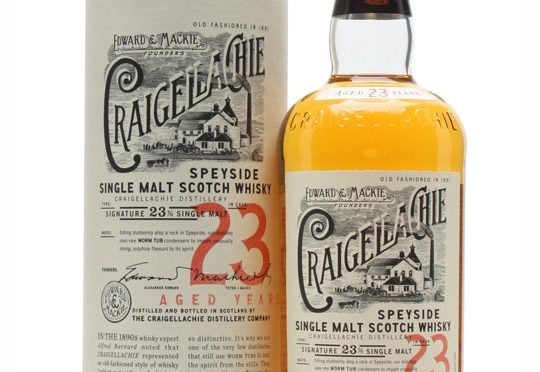 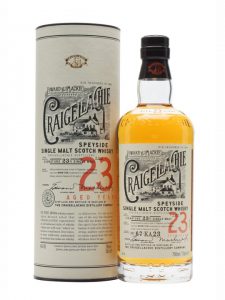 The club recently celebrated our 11 Year Anniversary and this was bottle #2 in our tasting range for the evening, notes by member Adam Buchholtz.

Nose: The first impression on the nose of this whisky is quite complex. I picked up some peppery notes, with an aromatic spice blend, along with something akin to sulphur. It seemed like quite a pungent smell, with a hint of sea salt mixed in. Absent for me were the fruity notes that are mentioned in many a review of this whisky, however I was so excited to taste it, that it may not have had the requisite time in the glass to fully envelope my senses.

Taste: Immediately I got an old leathery taste, almost rawhide-esk, to go along with a very oily mouthfeel. I was surprised at how different this expression is from their younger age statement bottles. With the taste also came a range of fruits, mostly tropical and citrusy in nature, like pineapple, orange, or even grapefruit. It meshed surprisingly well with the leathery flavours and made for a complex dram.

Finish: Again the oiliness was evident on the finish, with some heat from pepper notes, but also sweet citrus, with a touch of honey. It lasted quite a while, with a dryness to it that allowed it to linger.

Overall: The Craigellachie 23 is a complex scotch, as should be expected from anything that has been matured in American Oak for 23 years. However at the price point, it isn’t a bottle that I would strive to add to my personal collection. It is definitely worth a taste if you should be able, but I would not go out of my way for another dram 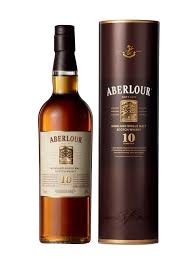 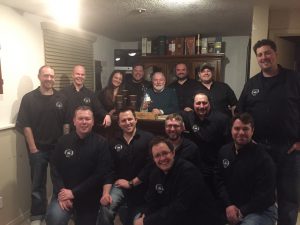 Preface:  We had the pleasure of having Frank the brand ambassador of Aberlour, Glenlivet, Belvenie and Ballantyne’s in town for a guided tasting.  This is one of the reviews.  I hope you enjoy it as much as we did, as you can see we have some rosey cheeks and huge smiles.

This nicely crafted 10-Year-Old Single Malt by the Aberlour Distillery, which can be found in Strathspey, Scotland (Speyside Region) is what I expect from an Entry Level Single Malt Whisky. It has a simple elegance which is suited to just about every whisky drinkers’ taste. Married in Sherry and Bourbon Casks this would pair well with a Chocolate dessert or with some sharp Cheddar Cheese.

On the Nose: Sweet Honey with Caramel or Toffee aromas, I have a feeling this is going to be a sweet flavour experience……

After the pour, I let this little sweetheart dance around in the glass for a minute or two swirling it to awaken all the flavours.

As I take my first sip the sweetness is very apparent like what my nose was telling me, I get touches of Honey, Caramel and a little bit of spice, maybe nutmeg or pepper.

The finish was short, smooth and didn’t really give me any new surprises, but I wasn’t expecting a Big Grand Finale from this simple Scotch.

Overall: I did enjoy the Aberlour 10 Year, I have somewhat disregarded it on my past shopping experiences since it is always in stock and at an affordable price ($64.95 CDN at the LCBO). This isn’t a bottle I would personally have as my “go-to” but I could confidently recommend it to anyone looking to try an easy to drink Single Malt.

TIP: Try with 2 or 3 drops of water to cut down the sweetness and enhance some of the other features.